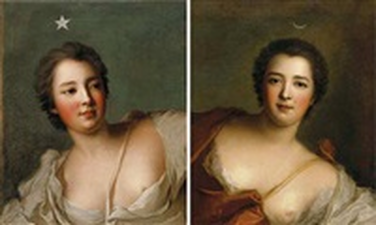 I have to confess when writing Diane I portrayed her as slightly more silly than she probably was; she might have been closer to her intelligent and ambitious sisters than I have made her out to be.  But she's a lovely character: simple, happy and free of the overwhelming artifice of Versailles life.

Diane stayed at Court until 1767, eventually retiring after the death of the dauphine Marie-Josephe, in whose service she had been since the dauphine's arrival in France.  Diane was reputedly very fat when she died, and very in debt, but it seems she never lost her love of life and her willingness to laugh at herself and others.

Diane only had one daughter, a little girl she named Marie Anne in honor of her sister.  The child died at the age of 4, after being bitten by a pet dog.  So very sad, and understandably Diane was devastated.
CLICK ON A SISTER TO LEARN MORE 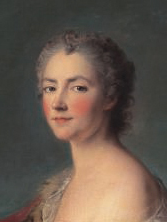 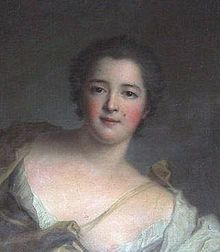