Marie Louis O'Murhy was a fascinating character – born in Rouen in 1737, the youngest in a family of girls.  Her father was originally a cobbler, apparently descended from Irish soldiers. When she was young her family moved to Paris where they became part of the demi-monde and lived off the proceeds of their daughters, who were all engaged as actresses or courtesans, or both.

She was one of the first denizens (bedizens?) of the house in the Parc Aux Cerfs (learn more here), and Luynes in his ever-reliable diary mentions her there in 1753.  She was nicknamed The Little Queen and the king was certainly very smitten with her at one point, and she represented a very serious threat to Jeanne.   According to contemporary reports, Morphise lost favor when she tried to get the king to banish his Big Queen.

Morphise's part of the book closes with her being married off to an impoverished noble, with a dowry of 200,000 livres provided by the king. That was a considerable sum, and he had a command in the army that would also bring him a pension. She probably had quite a comfortable life until the death of her husband in 1757, at which point she came back to Paris and supposedly into the King's orbit again.  She was married again in 1759 to a distant relation of Pompadour's husband, and lived until 1814.

She had a child with the king, who, by some accounts, was taken away from her at birth. This daughter later married Abel de Marigny, the Marquise de Pompadour's brother!

Duncan Sprott wrote a novel about her, called Our Lady of the Potatoes.  I only read the first few pages - I didn’t want my vision of Morphise to be influenced by his - but I could tell it was going to be a good read.  It's available on Amazon here.
​

The portrait!  A book could be written about this portrait.  It's supposedly of Marie Louise O'Murphy, and was painted by Boucher in 1752, and some sources credit this painting with bringing her to the attention of the king (the story I use in Rivals).  Abel, Pompadour's brother, later brought the original, which today hangs in a Munich museum. 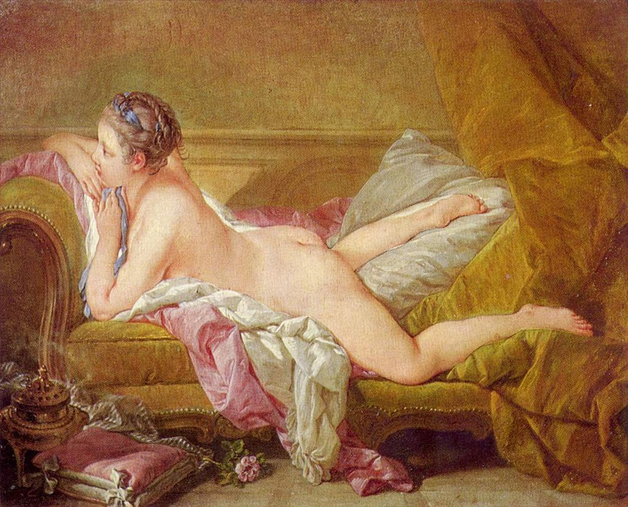 Here is another portrait in the similar style, also by Boucher, known as the Brown Odalisque (1745). 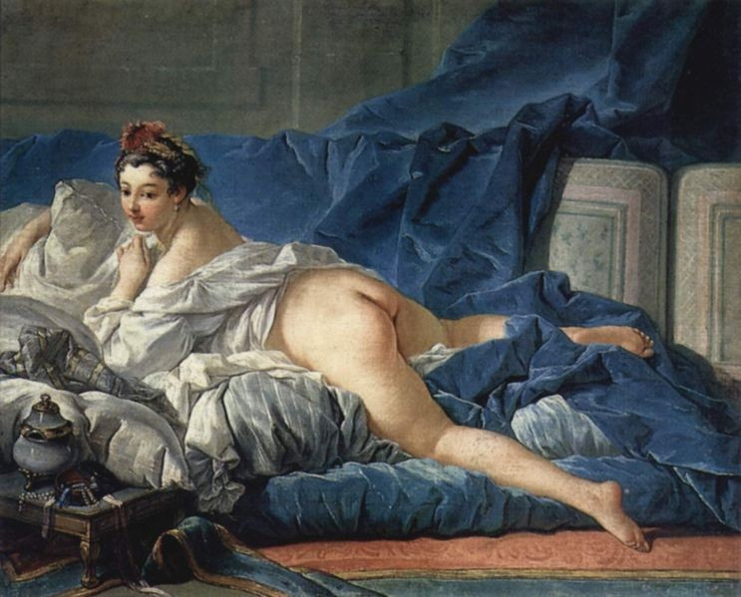 Morphise was a lovely character and I especially liked her relationship with her maid Rose. Two young girls, enjoying the twist their lives have taken, along for the ride and the adventure.

Is it shocking she is so matter of fact about men and sex when she is only 14?  Yes and no.  Life was obviously so much harsher back then than it is now, and I think Pompadour sums it up well when she says: Sympathy is wasted on those who are not dying or starving. Morphise and her sisters had assets that put them quite a few rungs above the starvation level, and that was just that. This was a society where people might literally step over a dying child in the street, without batting an eye, and there were no regulations concerning the age of consent.

It was truly an age where if you had the right amount of money, you could indulge your basest desires without too much threat of consequence.  I don't think child prostitution was rampant, but it certainly existed. In police reports of the era, there is the example of florist stand which was merely a front: the young girls that worked there, most between the ages of 11 and 13 years old, would be deployed to the homes of wealthy patrons for "deliveries."

The Rivals of Versailles links